Kinetic Jump has a new home! We’ve moved down the road about 5 miles to a new office building with more space and a better landlord (us!). Moving day was Friday June 28th, and by Monday July 2nd we were back up and running! Hats off to the guys from Two Men and a Truck and all the people who helped out in this endeavor. Aside from a dead power supply on a server, all of our equipment came back to life without issues. Unfortunately our phone numbers couldn’t make the move with us, so please take note of the new phone number. 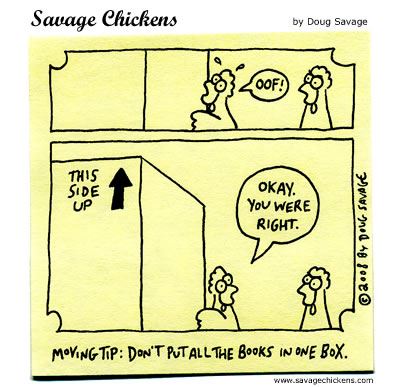 There are many update actions available in AppLife Update to manipulate files on deployed systems during a software update. You’ll see in the list of update actions, that there are actions to replace files, and also actions that patch files and folders. When would you choose a patching action over a replacement action? What’s the difference anyways?

Replacing files makes an update far less dependent on the specific version of the application being updated on the deployed client. For many applications, using replacement file actions allows their update to successfully update any previous version. In this scenario, once a new version update is published, previous updates are no longer necessary and can be removed from the update server.

The advantage of patching files is that update packages can be significantly smaller in physical size.

The disadvantages of both types are converse to their advantages. Replacing files results in much larger update packages. The disadvantage of patching actions is very stringent versioning requirements.

So when would you choose one over the other? Here are a few factors that can contribute to this decision.

1. Are specific file versions reliably present?
If the specific version of a target file cannot be guaranteed based on the installed version number of the application, patching cannot be used. The difference file must be combined with the exact base file used to create it. If that exact file is not present on the deployed system, the new file cannot be created during the update process and the action will fail.  This situation can occur when end users might manipulate the files and assemblies in the application installation directory.

2. If the files to update are physically small, the number of clients to update is small, or network bandwidth is not a concern, consider using file replacement actions.
In general, file replacement actions are more robust due to the lack of specific file versioning requirements. In addition, because updates can target many previous versions, clients that do not regularly update their software as updates are published will apply fewer updates.

3. To minimize update package size, use patching actions
Applications with many deployed clients, or physically large files should consider using patching actions. A Patch Folder action can operate recursively on an entire folder structure, making it easy to patch the entire application with a single update action. When using patching actions, it is necessary to build your updates to target specific previous versions.

4. Consider combining both patching and replacing
For some applications, certain files can be safely patched while others cannot. Both file action types can be used in a single update.

Wrapping it up, with AppLife Update you have a choice to patch files or replace files during an update. Patching creates much smaller update packages, but requires strict adherence to versioning. Replacing files creates larger update packages but is far more forgiving and allows a single update to target multiple previous versions. So choose the right strategy or your application and start updating!